Here you can find out more about Aurelia Wasser and her development as an artist. The portrait is also intended to give visitors a glimpse of her inner world. 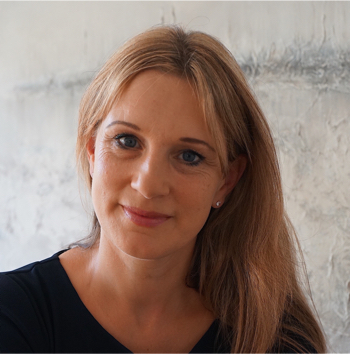 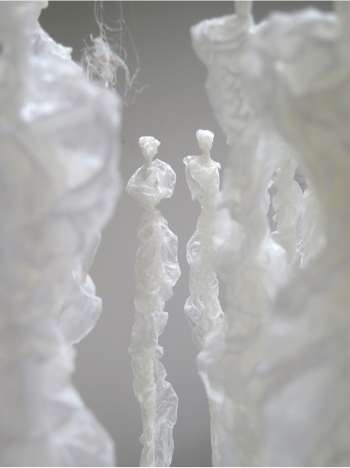 It was no less an artist than the great German Romantic painter, Caspar David Friedrich, who, nearly two hundred years ago, demanded not just of himself but of his counterparts, too, that their paintings should be felt (empfunden), not invented (erfunden). The painter, he declared, should paint “not only what he sees before him, but also what he sees within him.” He also took the precaution of adding that “if, however, he sees nothing within him, then he should also refrain from painting that which he sees before him.” Thus Friedrich turned his back on the slavish reproduction of nature a full two generations before Claude Monet, attaching an importance to moods and feelings that was not just new but revolutionary – a good hundred years before the advent of Expressionism. To see with the mind’s eye, the physical eye first has to be closed, for only then can the artist tune into his or her inner world and those archetypal qualities that all humans share.

“…IF ONLY YOU FIND THE MAGIC WORD”

It was no less an artist than the great German Romantic painter, Caspar David Friedrich, who, nearly two hundred years ago, demanded not just of himself but of his counterparts, too, that their paintings should be felt (empfunden), not invented (erfunden). The painter, he declared, should paint “not only what he sees before him, but also what he sees within him.” He also took the precaution of adding that “if, however, he sees nothing within him, then he should also refrain from painting that which he sees before him.” Thus Friedrich turned his back on the slavish reproduction of nature a full two generations before Claude Monet, attaching an importance to moods and feelings that was not just new but revolutionary – a good hundred years before the advent of Expressionism. To see with the mind’s eye, the physical eye first has to be closed, for only then can the artist tune into his or her inner world and those archetypal qualities that all humans share. In the eras that followed, the German Romantic tradition was either subsumed in new currents or dissipated altogether. That its potential is far from exhausted, that it still has something to say to us even today, that even now it can be revisited and developed is proven by the works of Aurelia Wasser, an artist from Stuttgart whose paintings and sculptures return to themes first touched on two hundred years ago, which in many instances she takes a stage further, translating them into the language of the twenty-first century.

Aurelia Wasser was born in Stuttgart in 1972. Her father, a Protestant pastor, and art-loving mother, soon saw how gifted their daughter was and fostered her artistic talents accordingly. After graduating from high school, Aurelia Wasser spent many years training privately as a painter with Professor Rolf Loch and Joe Allen. Not only did they teach her all the necessary skills and techniques, but both accorded her the scope she needed to find her own distinctive idiom. The viewer may have little inkling of it, but the foundation on which Aurelia Wasser’s now often abstract works rest is her exceptional ability to draw. She began her artistic career with portrait drawings, but found little satisfaction in merely reproducing the features of an individual face. Over the years, therefore, she turned to landscape painting, but like Friedrich less with the aim of depicting a specific landscape than in pursuit of a transcendental, universal geography, more felt and found in herself than in the outside world. Her landscapes were “soulscapes” – regions seen with the mind’s eye and no longer with the physical eye. The human element in them has not disappeared; rather it has condensed into a slim, tall figure, leaving all things individual far behind it.

In the history of Western art and symbolism, the vertical, skyward-pointing axis is the one most likely to be associated with the spiritual realm and the divine. The figures that are no more than adumbrated in Aurelia Wasser’s paintings can thus be said to belong to a metaphysical-transcendental level at which the individual mutates into a supra-individual being, a figure torn between heaven and earth and hence a potent symbol of what it means to be human. The figures in Gefangene der Nacht (Captives of the Night), a key work of 2011, are as dark as their surroundings and hence barely perceptible. Just one year later, however, this has changed: the Lichtgestalten III-2012 (Shapes of Light) are much lighter, as the name “Light Shapes” implies. They have emerged from the darkness and have entered the light, and their whiteness is the brightest part of the whole work. Their name – Lichtgestalten – turned out to have programmatic force for the artist: more and more such figures began to rise up off her canvases. Having been swathed in darkness, they became increasingly three-dimensional – at first only on canvas, but eventually leaving the canvas altogether and becoming free-standing sculptures in their own right. Either they retained the earlier title – Lichtgestalt – or they became Metamorphosen, a name that plays on their capacity for transformation and development. The order in which they were created is evident from the chronological numbering, e.g. I-2013. It was these figures leaping off the canvas that turned the painter Aurelia Wasser into a sculptress. The supra-individual human, rendered as little more than a vertical axis, manifests itself in the sculptures as a personality in its own right, passing through various permutations before gradually taking on individual traits, as delicate as these may be at first. Every one of these Light Shapes is different, has a different head position and posture, and is clad in a robe that the wind seems to have captured in a slightly different way.

The path from Gefangenen der Nacht to these light, ethereal, self-assured sculptures was a long one for Aurelia Wasser. As those with some experience of psychology will know, only those processes that run very deep and are accompanied by inner turmoil have the power to generate the momentum that is needed to take an artist’s work out of the darkness and – quite literally – into the light. Anyone who has followed the evolution of Aurelia Wasser’s idiom will notice immediately that what has happened is a special kind of rebirth – a liberation, an affirmation.

In her paintings, Aurelia Wasser works with canvas and ash, and with thin, handmade paper whose irregularities lend a surface structure to her works. She also uses bees’ wax and acrylic paints that she makes herself with the aid of additional pigments to enhance their radiance. Her sculptures are modeled out of handmade lokta paper from Nepal. After dipping her hands into a special binder, Aurelia Wasser molds the paper over a period of several days or even weeks until the figure she has made appears to be floating from within. The binder stiffens the paper and seals all the exposed surfaces so that these sculptures are actually a lot more robust than they seem. The paper, which looks almost like wafer-thin marble, allows light both natural and artificial to shine through, and it is this that lends these Lichtgestalten their translucent character – an effect further enhanced by the glass plinths on which they stand. These sculptures seem airborne. There is nothing heavy about them at all.

Returning to German Romanticism, it is worth remembering that the movement arose as a reaction to the rigor of Classicism and the Enlightenment’s glorification of rationality. The Romantics set out to heal the rift afflicting the world and the individual using poetry as a panacea. At the hands of Caspar David Friedrich, the landscape became the principal object of religious painting and a vehicle of mysticism, for as he said: “The divine is everywhere, even in a grain of sand.” That Friedrich often painted scenes of death, crosses, graves, and other signifiers of mortality has to do with his own biography. At the age of thirteen, he was out skating when the ice gave way beneath him. He was rescued by his younger brother who perished as a result – a blow of fate that the painter never came to terms with and that made him prone to depression his whole life long. Although a Romantic painter, Friedrich was never able to heal the rift in his own soul. This much is evident from his clear preference for Rückenfiguren – the figures famously viewed from behind who instead of being a harmonious part of nature are forced to observe it from a distance. Cut off from nature, they are doomed to linger on the sidelines, unable to participate fully in life. William Turner, Friedrich’s British counterpart, was another such “mood painter.” Of central importance to Turner, however, were not so much individual emotions as his own personal interest in the weather and meteorological phenomena. Turner painted countless maritime scenes and seascapes and he was at once both fascinated and challenged by mist and fog, the glow of a fire from afar, and the colors of the sky at dusk. Two generations after Friedrich and Turner, Claude Monet likewise bid farewell to rigorous mimesis, concentrating instead on the “impression” made by the appearance of things. Unlike Friedrich, but similar to Turner, Monet was concerned less with the soul than with the physiological process of perception: how light and colors appear to the eye of the beholder at any given instant. This interested him far more than trying to translate personal sentiments into a painting. Monet is a painter more of meteorological than psychological moods.

Aurelia Wasser’s paintings and sculptures render emotions in a way that differs significantly not only from Friedrich, but from Turner and Monet, too. Her aim is not to reproduce any special light effects or atmospheric conditions; there is no sophisticated painterly rendering of sunrises and sunsets, mist and fog, or reflective expanses of water. In terms of abstraction and interiority, she goes much further than Friedrich, who always used objective landscapes – no matter how fantastical – as vehicles for the emotions he wished to convey. Wasser’s landscapes, by contrast, are purely psychological in nature and belong to the realm of archetypes. Viewing her works, people frequently break out in sobs. Wasser’s paintings and sculptures are certainly very powerful – or rather they are themselves powers liable to have an astonishingly cathartic, transformative effect on all those in whom they strike a chord. Thus they come very close to the goal that the German Romantics set out to achieve and that found its most magisterial articulation in a famous poem by the Romantic poet Joseph von Eichendorff:

(A song sleeps in all things, and there dreams on unheard, and suddenly the whole world sings if only you find the magic word.)