The project sets out to remind viewers of the truth that resides in each and every one of us. The aim is to install one of the Ambassador of Light on each of the five continents and so, in the course of time, to create an invisible network of positive energy spanning the whole globe.

Aurelia Wasser opens up a whole new dimension to her work in her most recent acrylic sculptures. While her Gestalten were at first bound to the pictorial world of acrylic paint, they later began to stand out as more and more of them rose up from the canvas as reliefs made of ash, charcoal, wax or paper. Eventually, the paper became the sole bearer of sculptures in the round: the now well-known Lichtgestalten (Light Shapes) and Metamorphosen.

In her most recent works, however, Aurelia Wasser has become a Bildhauerin – a hewer of images – in the truest sense of the word, by hewing her figures into prismatic blocks of acrylic as hollow reliefs (or “sunken reliefs” as they are called in Ancient Egyptian art). Shapes that were already ethereal, almost incorporeal, thus became utterly immaterial having come into being there, where the material has had to yield.

The effects are extraordinary: Because the acrylic blocks are prismatic, the figures hewn into them are replicated so that depending on where we stand in relation to the work, we can see up to four protean apparitions of the same figure simultaneously. The figure has almost completely dematerialized, three of the four figures being no more than a sparkling, insubstantial product of the prismatic refraction of a sculpted space.

Surprisingly, these manifestations appear to us as optically incongruent. The prismatic shift in perspective has the effect of changing the appearance of each shape every time it is mirrored so that no two apparitions are alike. Thus we are dealing here with several different, almost unreal-looking light shapes, even if only one of them was actually cut into the block of acrylic.

Aurelia Wasser uses this optical ambiguity to make a powerful artistic contribution to the philosophical identity debate. As already said, each individual figure looks different inside the prism. And thus the self underlying each shape is apparent to us only in its ethereal reflections, the sum of which can still give us an inkling of the figurative identity of the original.

Transferring this figurative happening to our own personal reality, to the enduring problem of the consistency of our own self-image, we realize that what Aurelia Wasser’s art reveals to us – as Anselm Strauss has already remarked – is that personal identity is essentially nothing more than a cluster of reflections in a multiway mirror.

We become aware of this, at the very latest, on entering the group of sculptures that Aurelia Wasser has assembled out of six of her two-meter-tall acrylic prisms. Suddenly we are surrounded by dancing images which, as if in a kaleidoscope, seem to be constantly changing shape, multiplying or consolidating or radiantly mirroring each other. We are inevitably drawn into this play of figures, and in the midst of this multitude with its multiple aspects and unusual lighting encounter our own essential selves (amid all the other Gestalten) in a way that surprises us every time and that renders our very selves increasingly “un-self-evident.” We are made to feel what the poet Arthur Rimbaud meant when he declared “I is another.”

And if, then, the clouds in the sky sail past and the sun lights up the prismatic scene in all the many colours of the rainbow, the loss of our erstwhile “self-evident self,” the self-image most familiar to us, becomes complete. Our immersion in the group will then seem to us like a celestial dance of figures who have become alien even to themselves, but who through this experience come into their own, mysteriously bound together in light – and us with them. 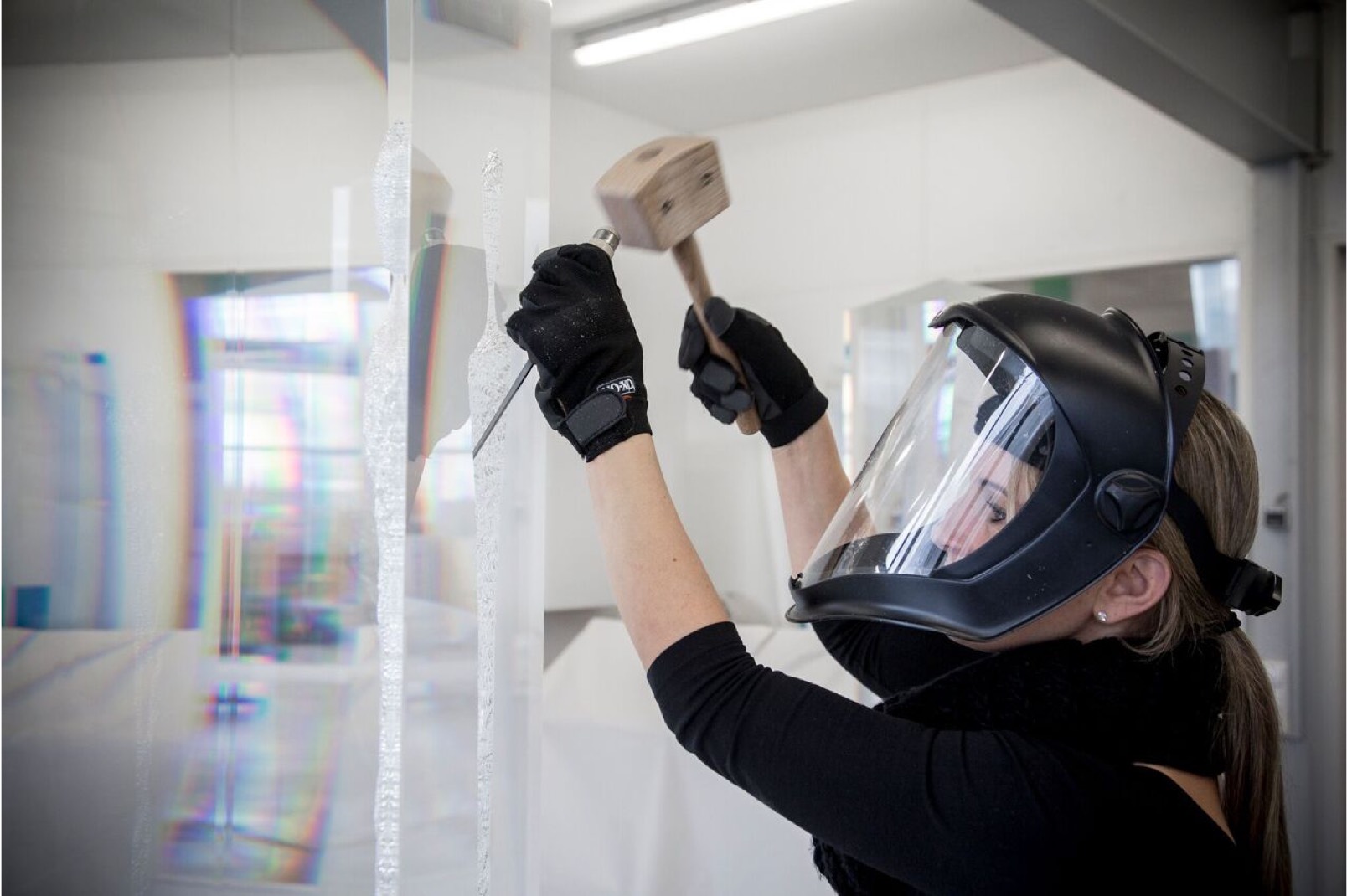 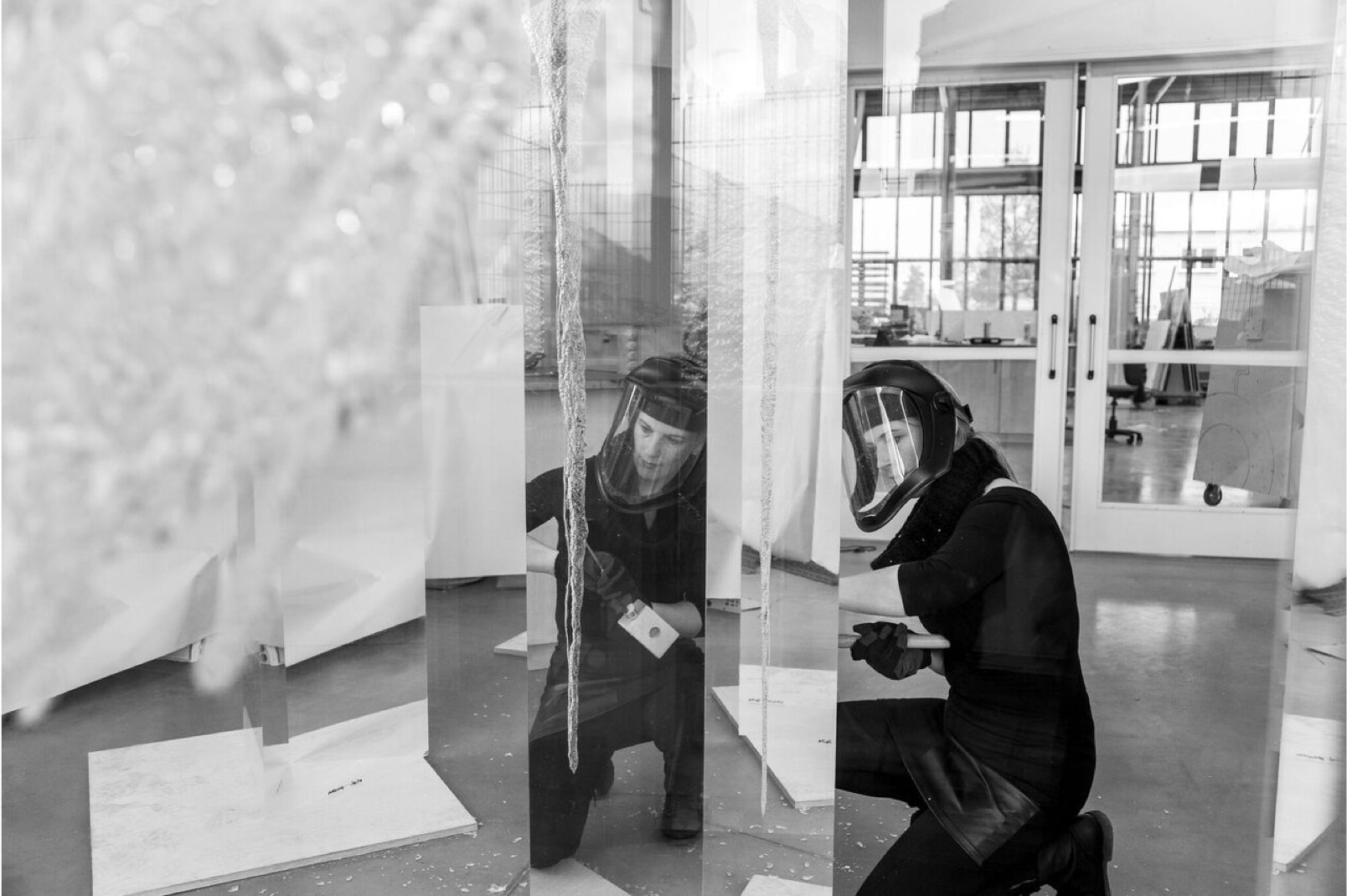 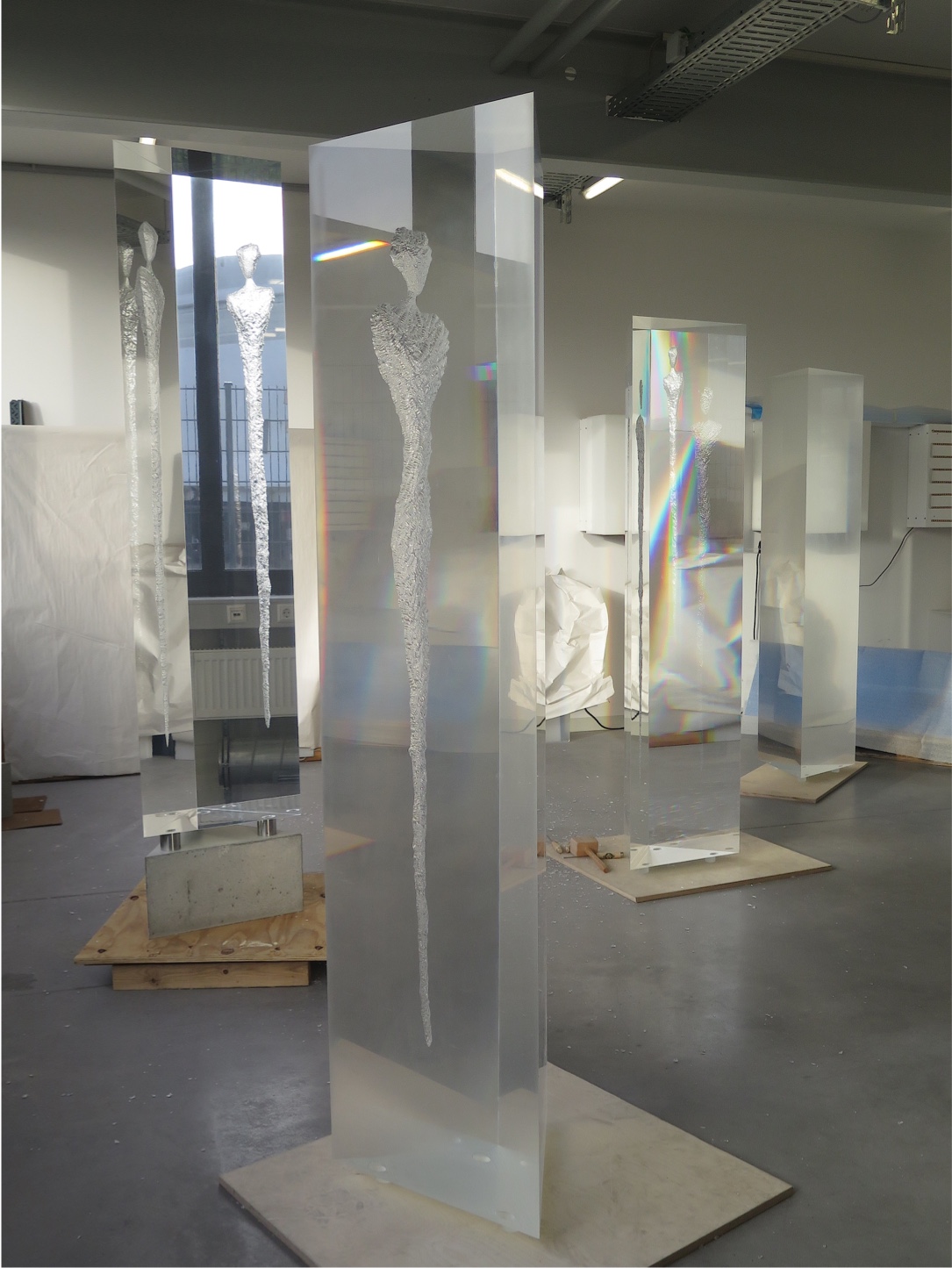 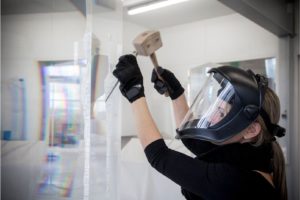 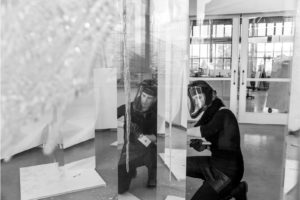 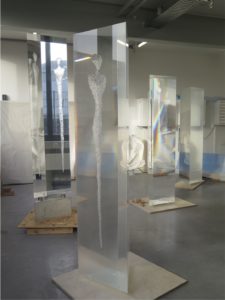 Ambassador of Light at Schloss Weikersheim 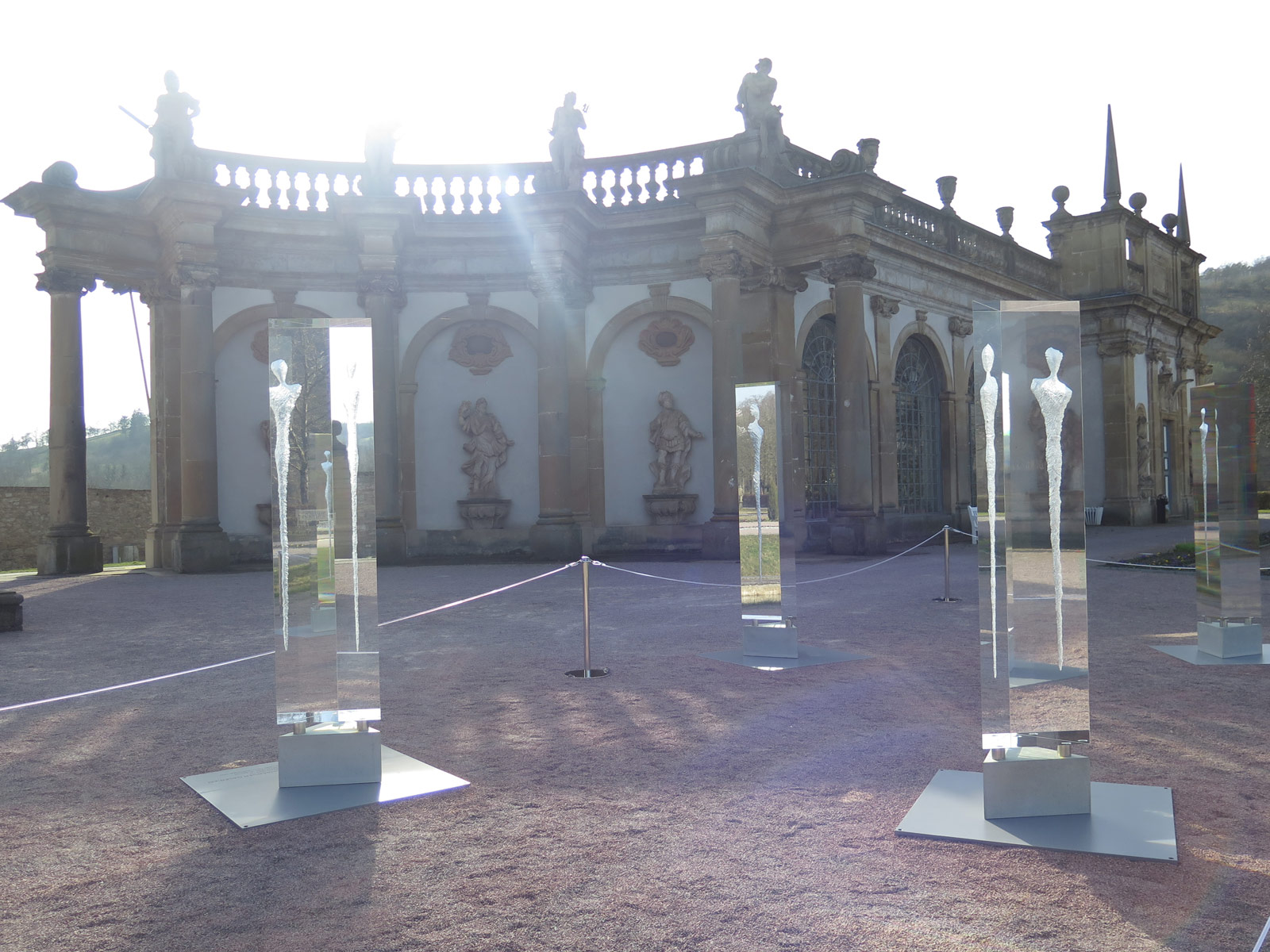 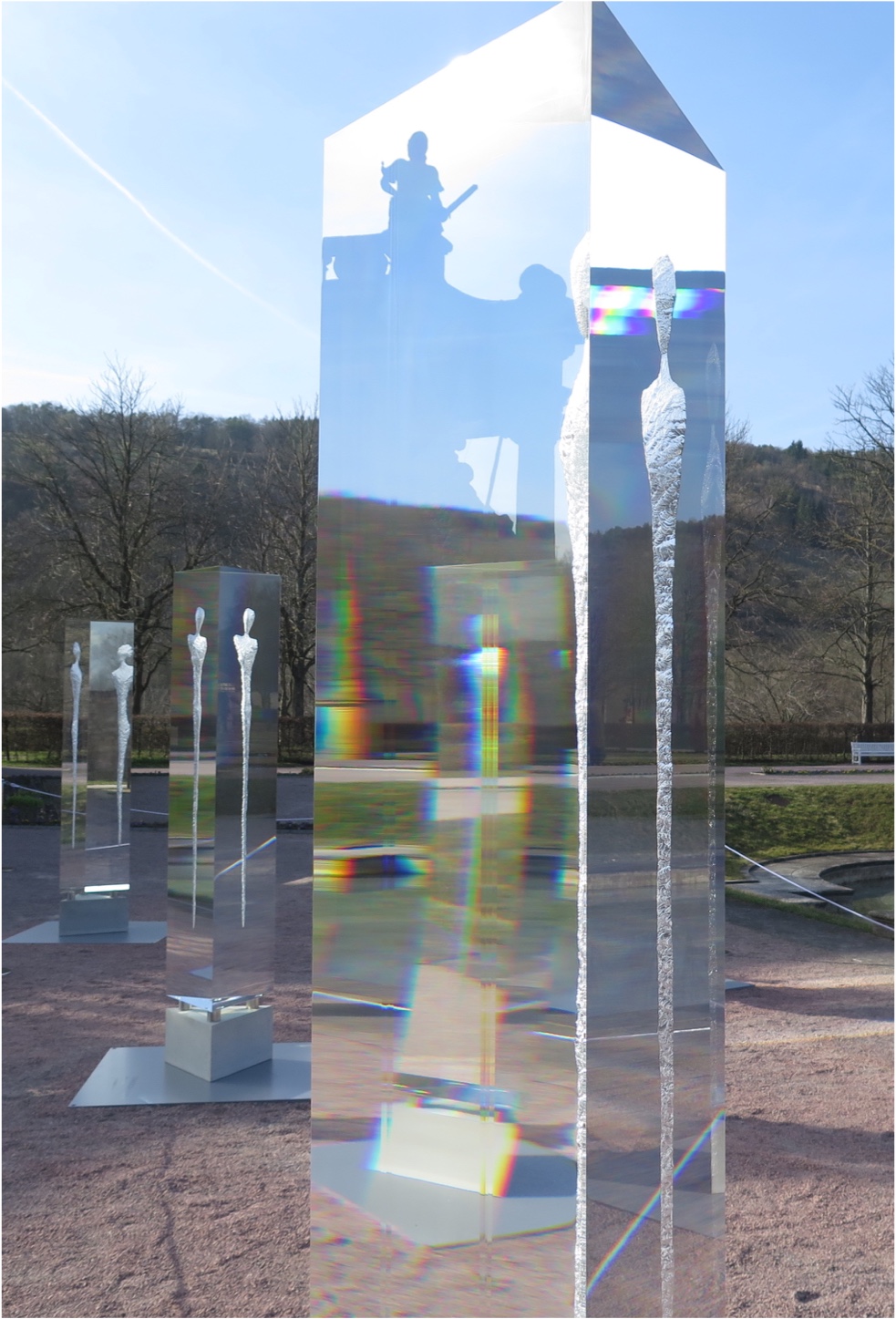 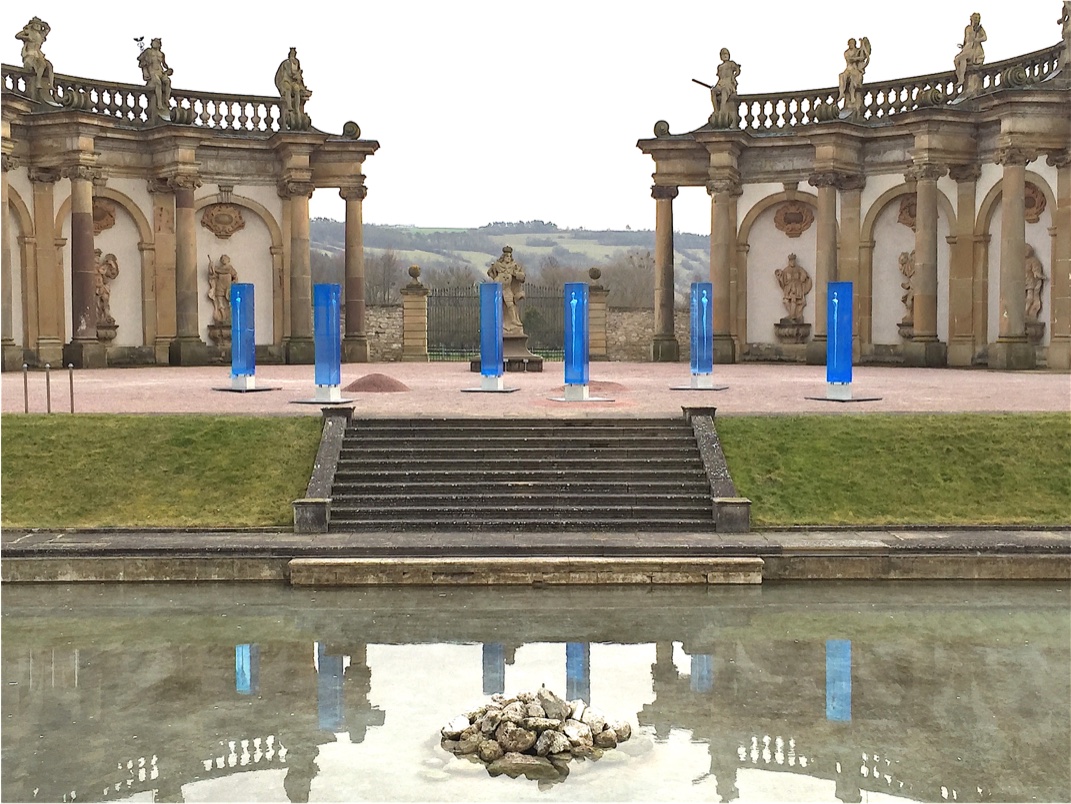 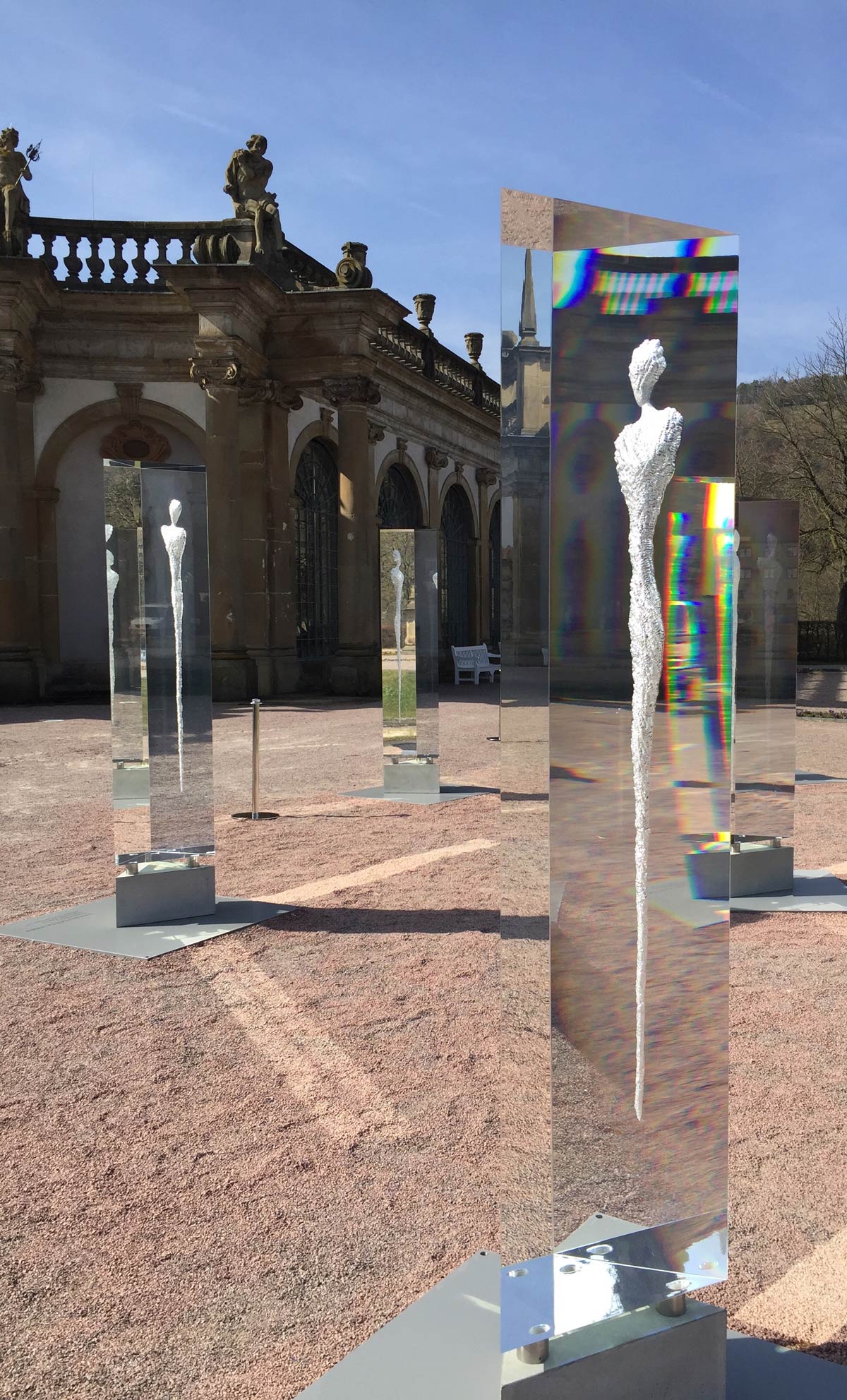 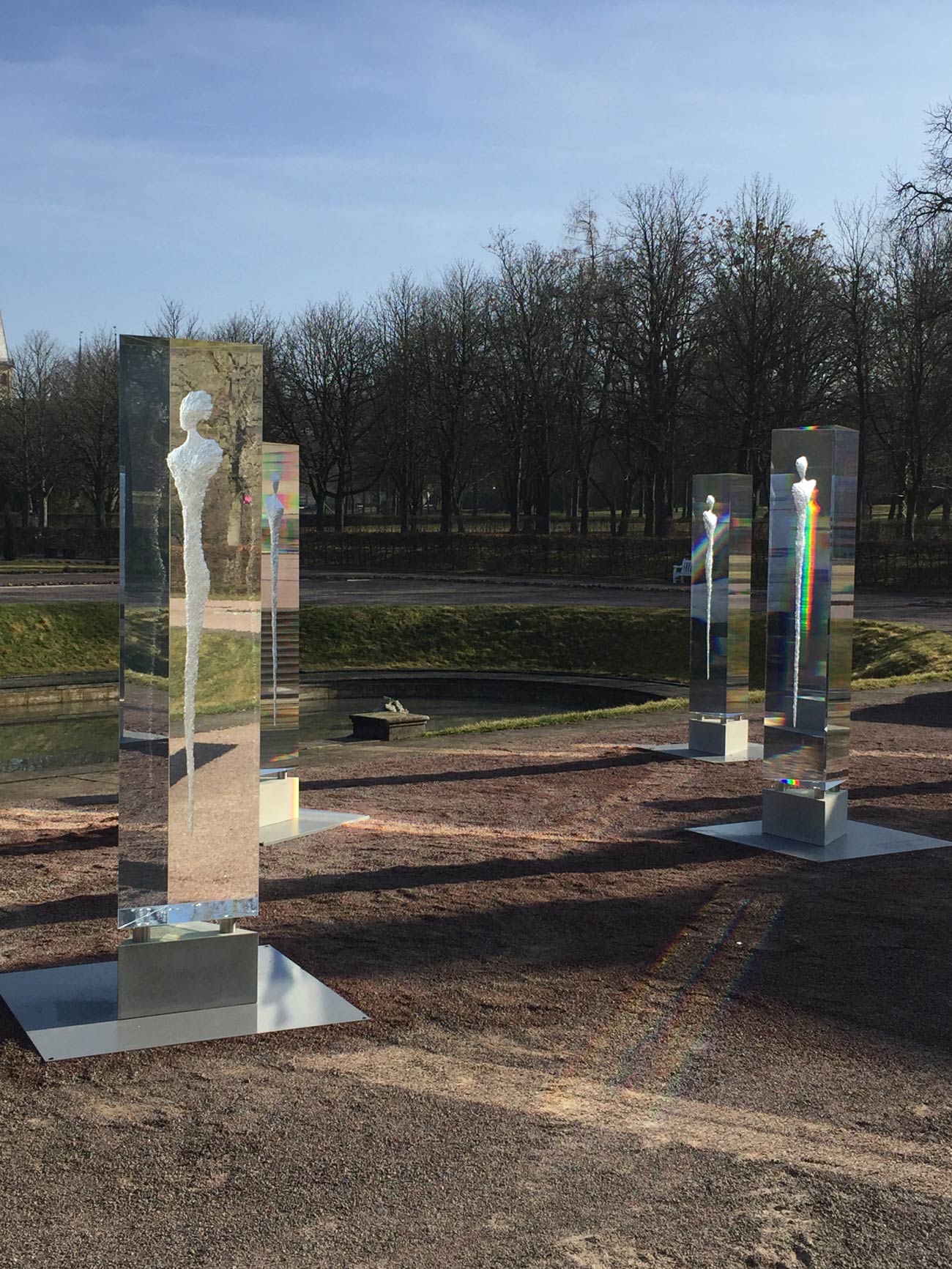 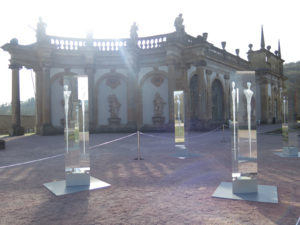 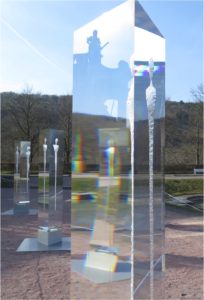 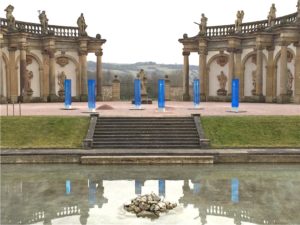 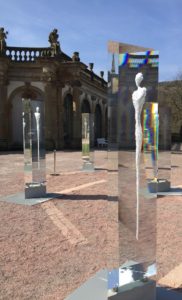 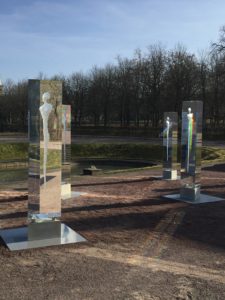 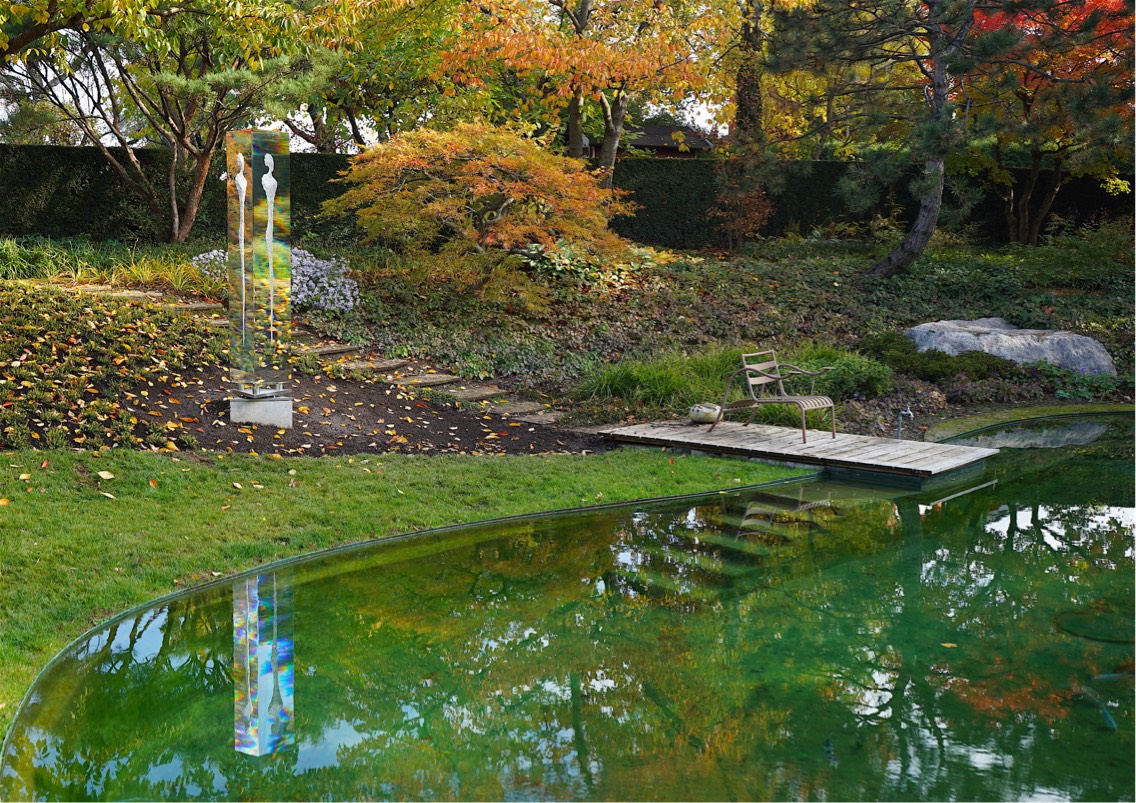 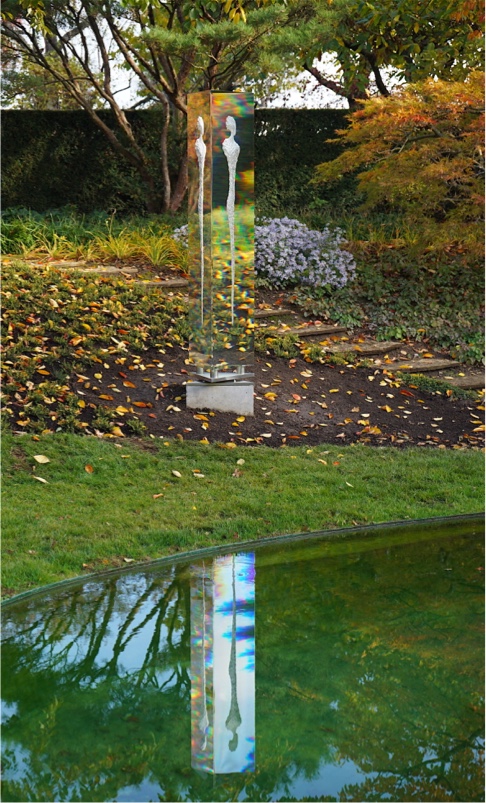 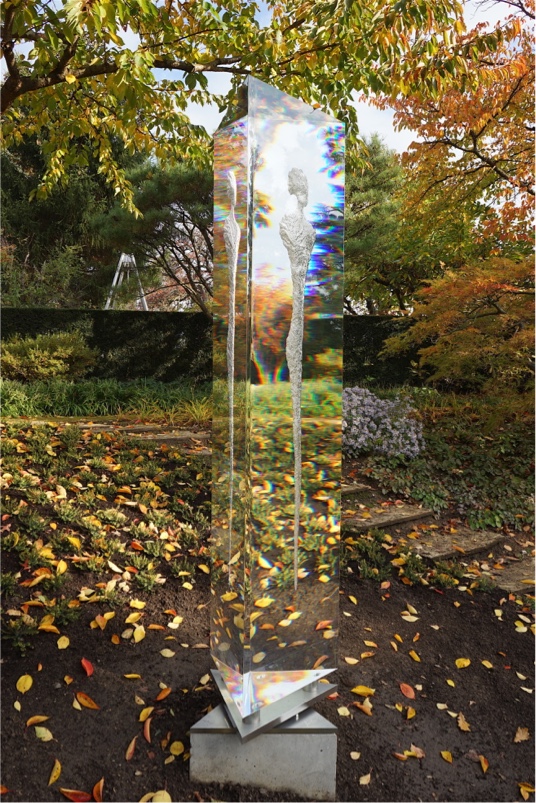 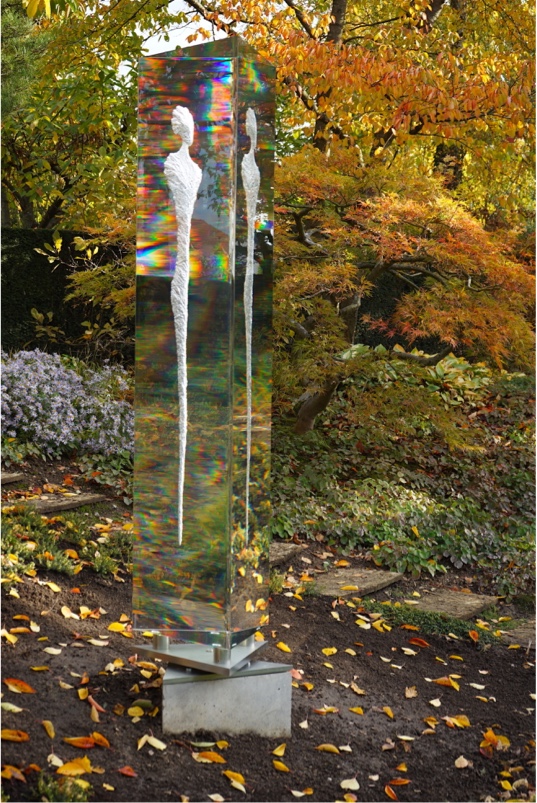 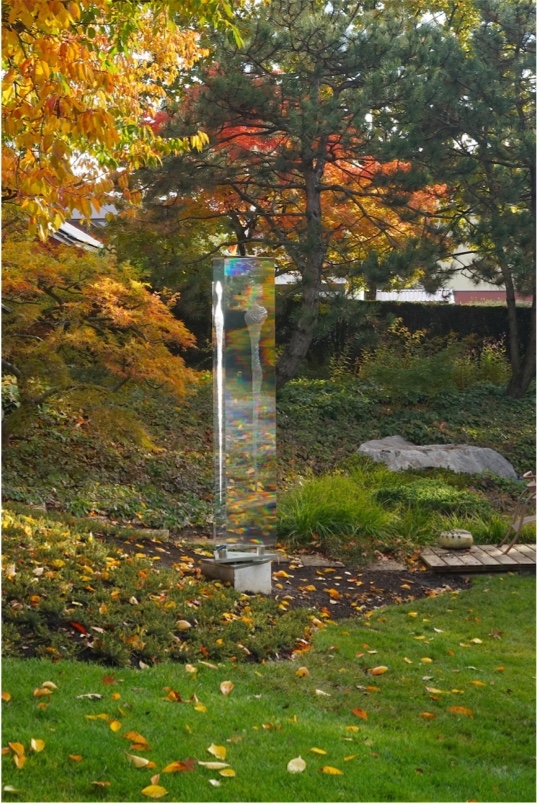 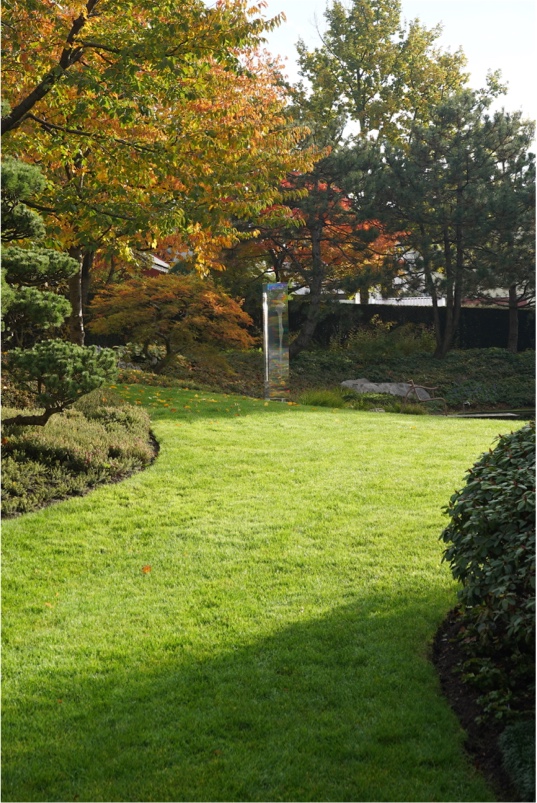 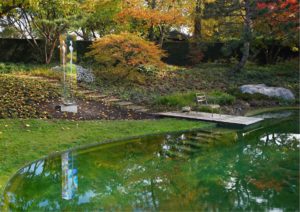 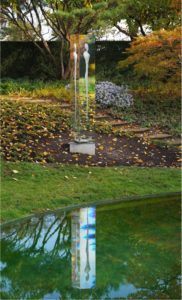 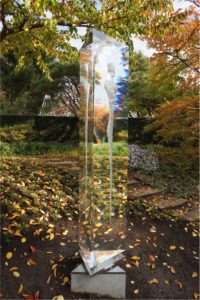 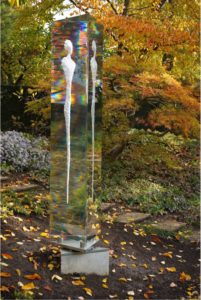 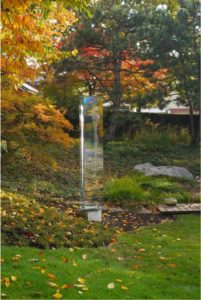 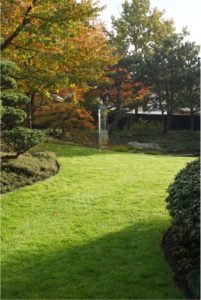